College seniors preparing to transition to the workplace were recently identified as having potential difficulties, according to Lane (2015). Society’s expectation of seniors to enter the workforce and settle down after college graduation is a prominent potential difficulty; therefore, this process contains a significant series of impending changes in students’ lives for many who may feel anxious and not ready (Lane, 2015). Graduating students within the Lane study were facing upcoming changes that required an alteration of priorities; these changes included the  inability to continue a student lifestyle, loss of support and friendships, and the actual job search process and current unemployment (Lane, 2015).

While the graduates who were unable to find employment were expected to, and did have, decreased well-being, graduates who did obtain post college job offers were not immune from distress caused from the transition of college to work (Lane, 2015). Within the study conducted by Lane (2015), the world of work presented its own level of anxiety because graduating students were leaving a life in which they felt experienced and adequately prepared to handle and were coming into an environment in which they were the unexperienced professional. There was evidence that the former students involved in the Lane study had difficulty adjusting to professional work life and therefore had more than 50% leave their initial employment within two years of graduating college (Lane, 2015). Some of the difficulties included being unable to adjust to the work culture environment, but other stressors included substantial learning curves, employers not giving enough feedback, less structure than prepared for in a college environment, guilt about their level of initial production of work, and being challenged in creating social networks that could replace the old one from college (Lane, 2015). In order for new graduates to become successful employees, they had to be willing to adapt to the interactions, structure, and work style that constituted the organization’s culture (Wendlandt & Rochlen, 2008).

Lane (2015) reported that graduates involved in the study did not possess enough knowledge of expected work culture changes when graduating and entering the workforce. Lane conducted a survey study in which college seniors were asked about their workplace culture and were surveyed again at six months and then again at one year. It was determined that graduates who had obtained more accurate information about  the employer’s workplace and culture were more likely to find satisfaction with work and adapt to the culture with more ease. In conclusion, Lane found that graduates who were secure in their social relationships had more information, felt supported, and were better able to face the challenges of adulthood with more confidence than those without secure relationships (Lane, 2015).

As a candidate for Glynn County School Board At-Large Post 1, I will take my position seriously and use my experience as a former Career Development and Placement Coordinator at a technical college to provide workshops and trainings to students as well as staff to ensure our students are prepared to transition from school to career. 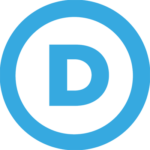 here to see which Democrats have qualified to run for office in 2020.